Metal roofs are a fabulous choice for homes. However, there are many myths that circulate about these roofs that can cause some homeowners to go with other types of roofs. This is a shame because metal roofs can last more than a lifetime, they can look great, and they are extremely durable, as well as great for any climate. You don't want to let any of the myths about metal roofs prevent you from making a great choice. This is why you should go over this article, which dispels those myths for you.

A metal roof can end up rusting

There is the myth that a homeowner would have to be worried about their metal roof rusting. While this may have been true with the very old metal roofs of the past, it is not as much of a concern with the metal roofs of today. The metal roofing materials that are used on homes today are well-protected with high-tech coatings that prevent rust and keep the roofs in great shape for decades.

A metal roof is too heavy

Another myth about metal roofs is that they are very heavy and this may be too much for a home to withstand the weight of. However, the truth is that metal roofs actually weigh less than many other types of roofs. If a person is concerned about the weight of the roof being put on their home, then they may want to opt for a metal roof, especially an aluminum one, which would be the lightest of the already lightweight metal roofs.

One more myth about metal roofs is that they will make the house very hot during the summer months and very cold during the winter months. This is just one more myth that isn't true. The reflective properties of the metal roofs help prevent the heat from being absorbed into the home, as well as the insulation that is put under the surface of the metal roofs. That insulation also works to prevent the home from being colder in the winter. 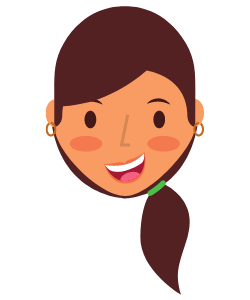 Could you use a little inspiration today? Maybe you need some motivation to push forward with your building plans. Or maybe, you're a construction worker who wants to see their job from a different perspective. Regardless of which situation you are in, you have stumbled across the right blog. We call this the inspirational construction blog, and that's because it is meant to inspire you. As you read the various articles about contractors, painting, drywall work, foundations, and windows, you should find that your knowledge-base grows, and that your inspiration grows along with it. Happy reading; we truly hope you enjoy the experience.